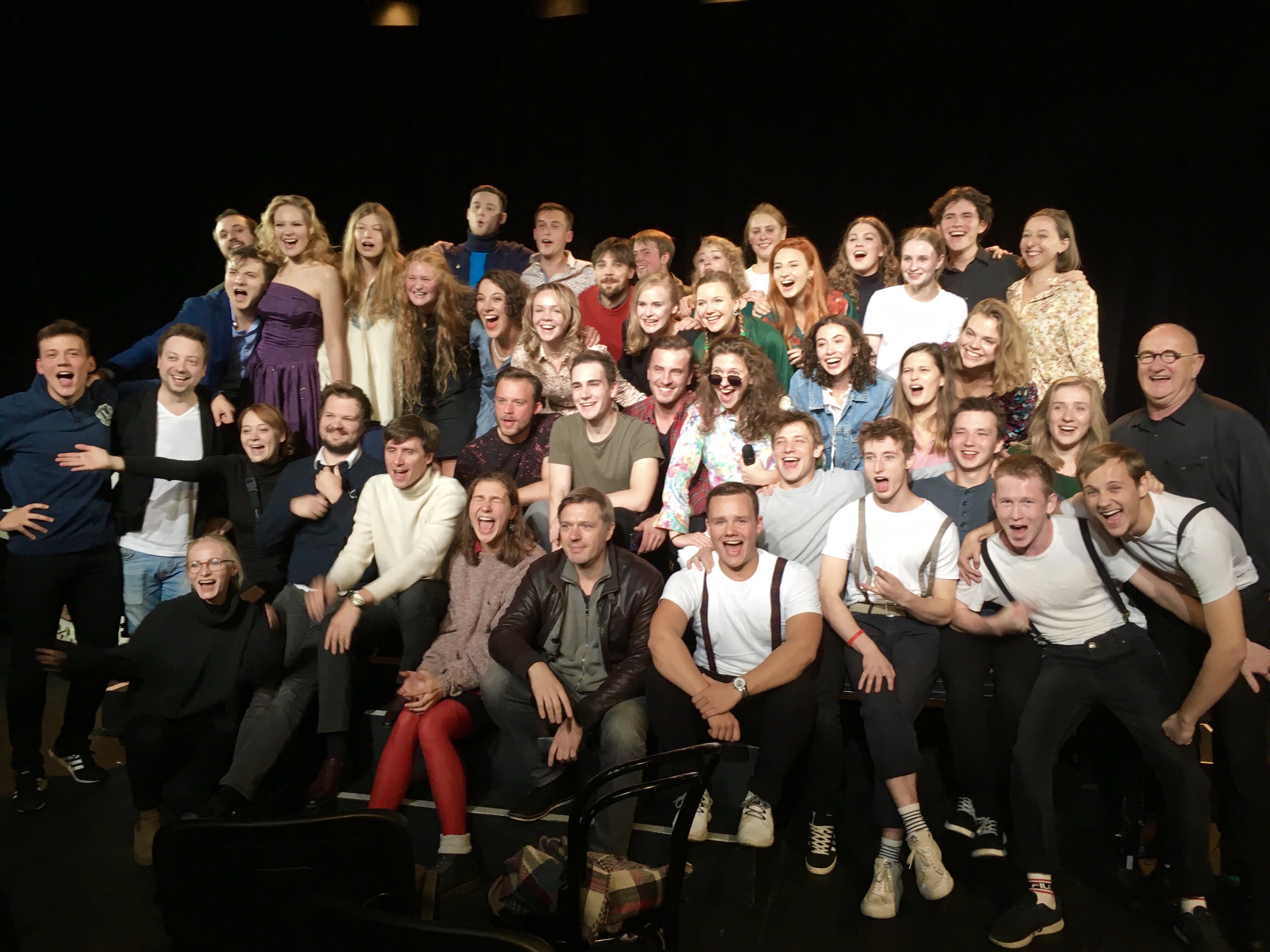 As part of the international exchange, students from the Alexander Zelverovich Theatre Academy in Warsaw came to GITIS. A delegation of 19 students led by Professor and Theatre Director Grzegorz Hrapkiewicz was received by the class of Mindagaus Karbauskis (Acting department).

For the week students were working in the Mayakovsky Theatre on Sretenka street. The program consisted of classes on acting art, stage speech and contact improvisation. Another experience was the master class on the documentary theatre. During these classes, named “Search for Worlds” students went in the city for observations and got acquainted with Moscow.

The culmination of the show was the Polish students’ performance of the play “Who is afraid of Virginia Woolf” based on the play by Edward Albie. In turn, students of the acting faculty of GITIS showed excerpts from the “Warsaw melody” and conquered colleagues with musical performances in Polish.

In February 2019 students and professors of the Acting Department (Workshop of Mindaugas Karbauskis) visited Warsaw to work and study at Aleksander Zelwerowicz National Academy of Dramatic Art for a week.