GITIS will open its first acting school in Paris 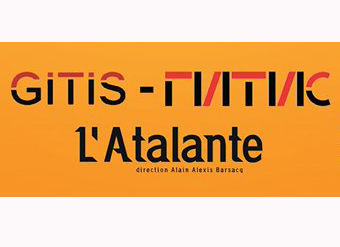 GITIS will open its first acting school in Paris from 11 to 24 November 2019. The short-term but intense course will include classes on acting and directing and will be lead by GITIS professor, Vakhtangov Theatre’s director Yuri Butusov and GITIS Directing department’s dean Vladimir Baicher.

The course is hosted by the Atalante Theatre (Théâtre de l’Atalante). Our institute has important connections with this famous theatre in Paris: GITIS graduate, the renowned director Anatoliy Vassiliev was teaching master-classes on its stage.

“One day we decided that these ties have to be restored. Not only it is necessary to host foreign students in Moscow or organize educational exchanges, but we have to come to Paris and show what GITIS teachers and professors have to offer”, — institute rector Grigory Zaslavsky said. A press conference was held at the prestigious theatre in Paris to present the upcoming educational project.

According to the Atalante Theatre’s director Alain-Alexis Barsacq, this project will strengthen cooperation between Russia and France in the area of theatre. “Plays by Russian writers are frequently staged at the theatre. So it was absolutely natural to invite representatives of such famous theatre school”, he emphasized.