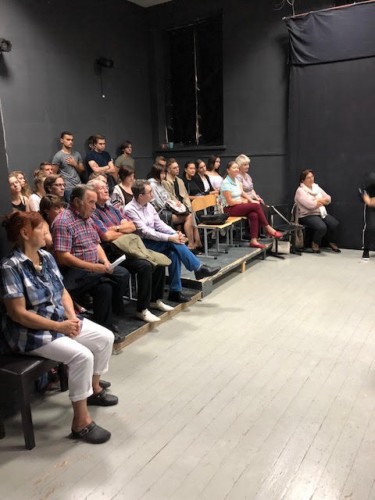 A meeting of students and professors from the three major theatre universities of the former Soviet Union — the Belarusian State Academy of Arts, the Kiev National University of Theatre, Cinema and Television named after Karpenko-Kary and the Russian Institute of Theatre Arts GITIS — took place in the Belarusian capital of Minsk.

GITIS rector Grigory Zaslavsky said that such meetings of the three major theatre universities of the former Soviet Union had never been held before. “The very fact that this meeting is taking place can perhaps be considered a theatre miracle itself,” he said.