A monument’s opening in GITIS 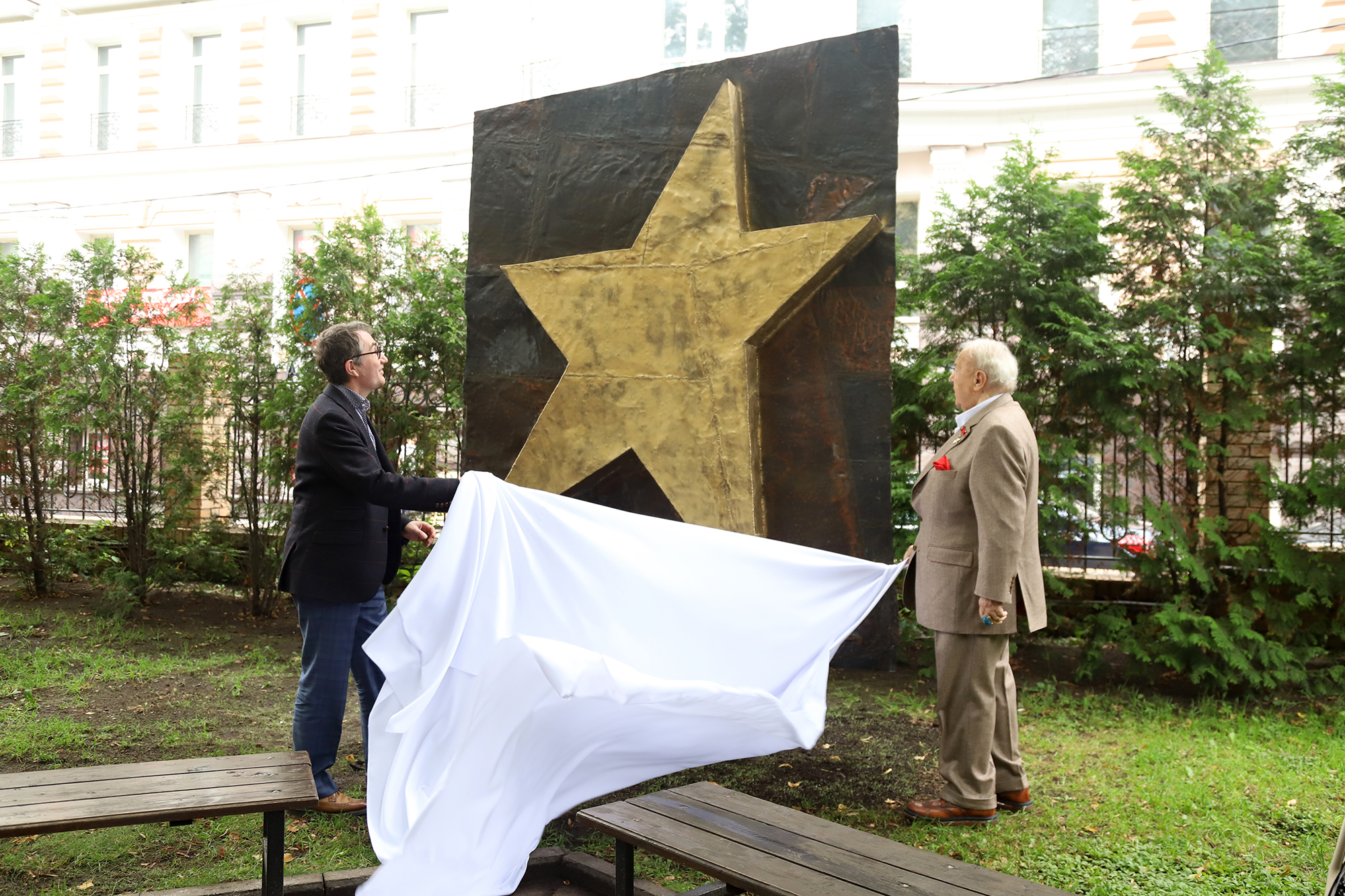 The President of the Russian Fine Arts Academy, Zurab Tsereteli visited GITIS to present GITIS with his sculpture. The grand opening of this monument took place at the courtyard of GITIS’s heritage mansion at Maly Kislovsky Lane.

“We have a good tradition at GITIS: graduating students almost every year leave something behind them at their alma mater — it could be a plaque, a bench, a new tree etc. We always had a dream to have a proper monument here too”, said Mr Grigory Zaslavsky, GITIS’ rector. He thanked Mr Tsereteli, who was present at the ceremony, for his generosity and his decision to give the sculpture to the institute.

In artist’s studio in Peredelkino the sculpture didn’t have any particular title. The name “Monument of the future stars” was given to it already in GITIS as a farewell to GITIS’ graduates.

Mr Andrei Zotov, Vice President of the Russian Academy of Arts and a former deputy Minister of Culture of the USSR called GITIS “a magical place for the Russian arts” and said that “the appearance of such prominent sculpture by Zurab Tsereteli has a symbolic meaning — the Russian fine arts star is now at the hands of people who teach and study art”.