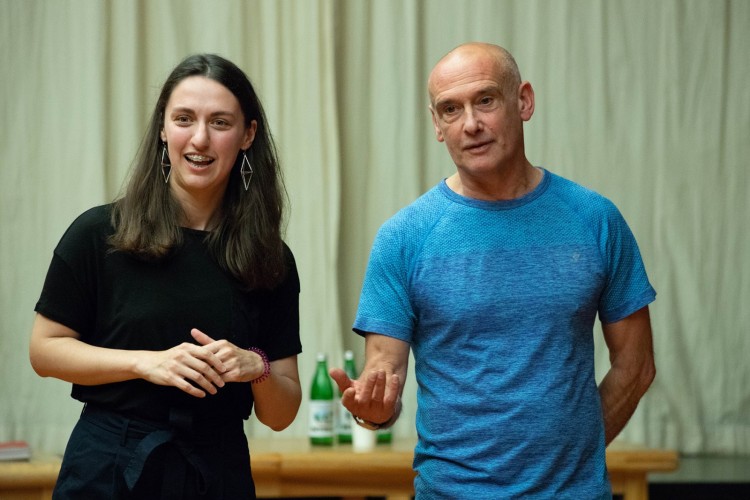 Artistic director of Volcano Theatre (Wales) Paul Davies came to GITIS on October 19th to meet with students. He talked about different shows of the theatre such as “Seagulls” and “Clockwork Orange” and about his next project “Macbeth”. Students also asked him about psychological realism and physical theatre, as well as about secrets and principles of his work.

“There are only two types of people in the world — anarchists and bureaucrats. It’s stupid but if you think about it as seesaw, we all have inclinations to be one of those. I am an anarchist. I try to use non rational approach to what is the next project”.

“We work with children, professional actors and also we have a youth group of  years old. If I start with: ‘You’re doing this because it’s the text’, it’s a disaster. But if I say: ‘You’re doing this repetitive physical thing’ something happens. Then we find words”, he said. During the master-class Paul also proposed to GITIS students to do some exercises.

The meeting was organized by the British Embassy.