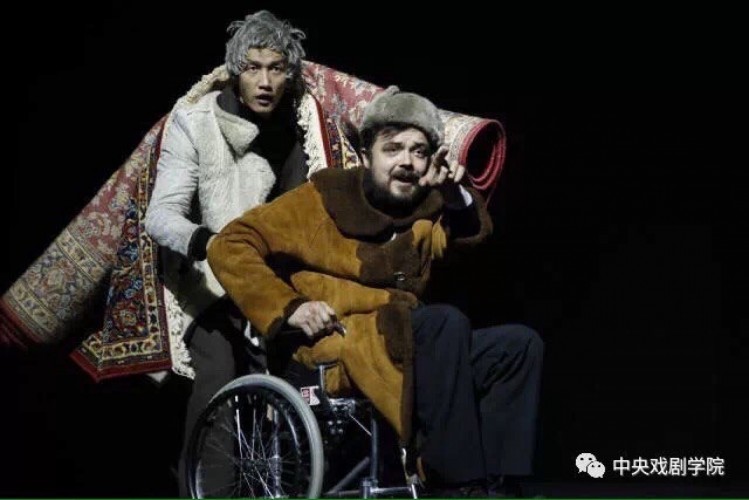 Shakespearian Lear turned into a dialog between the young actors and their country, their country’s system, traditions, that turned into that system. The production designer Katerina Shargina centered the look of the set on the two universally recognizable images: grand mother’s carpet and fur coats.