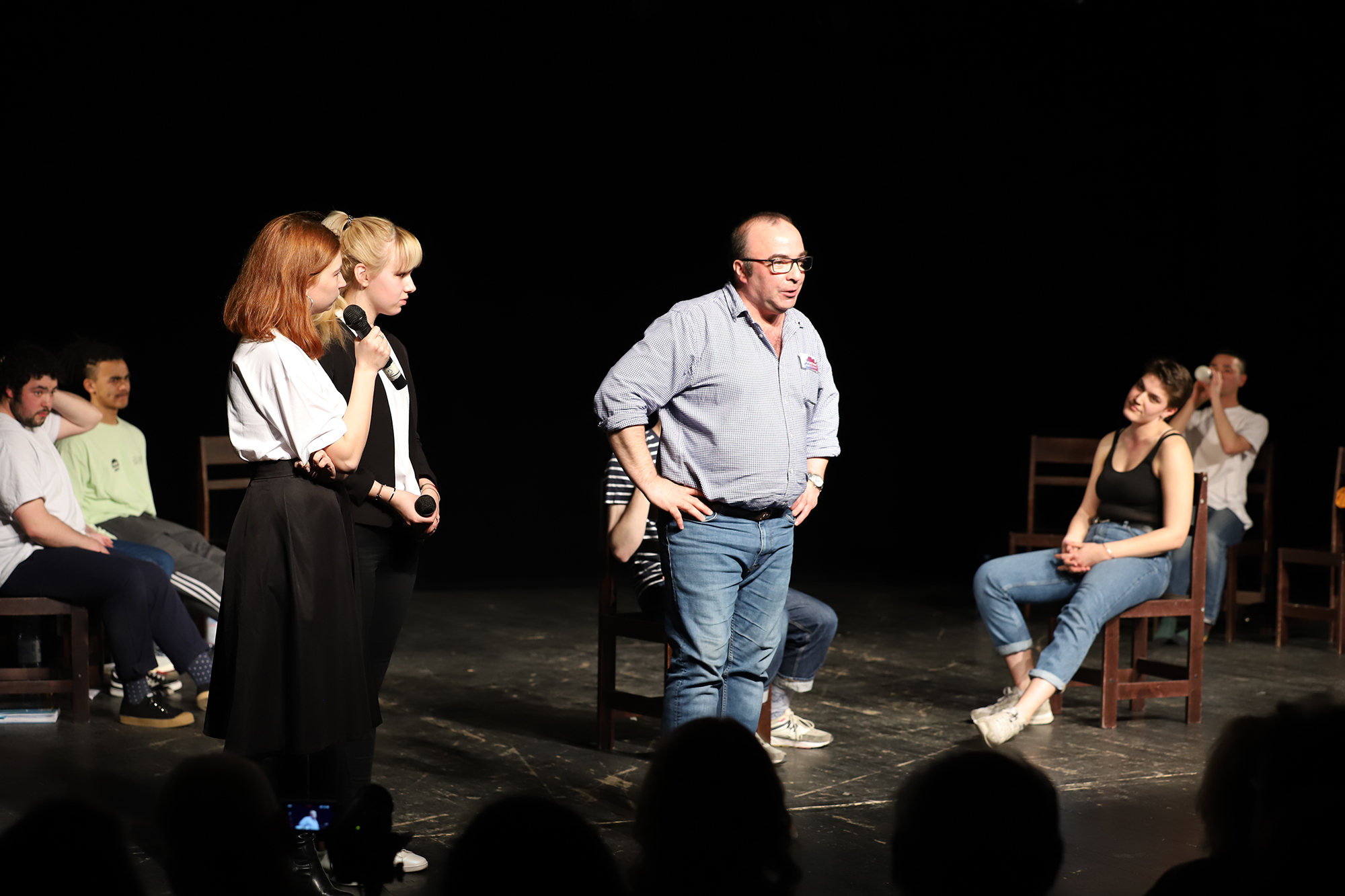 On the second day of the International festival of theatre schools “Stanislavsky. The beginning” two famous schools presented their ways to work with drama.

RADA students came on stage with the excercises and exploration of the character’s development based on plays “Wasted” by Simon Bent and “The thickness of skin” by Clare Mclntyre.