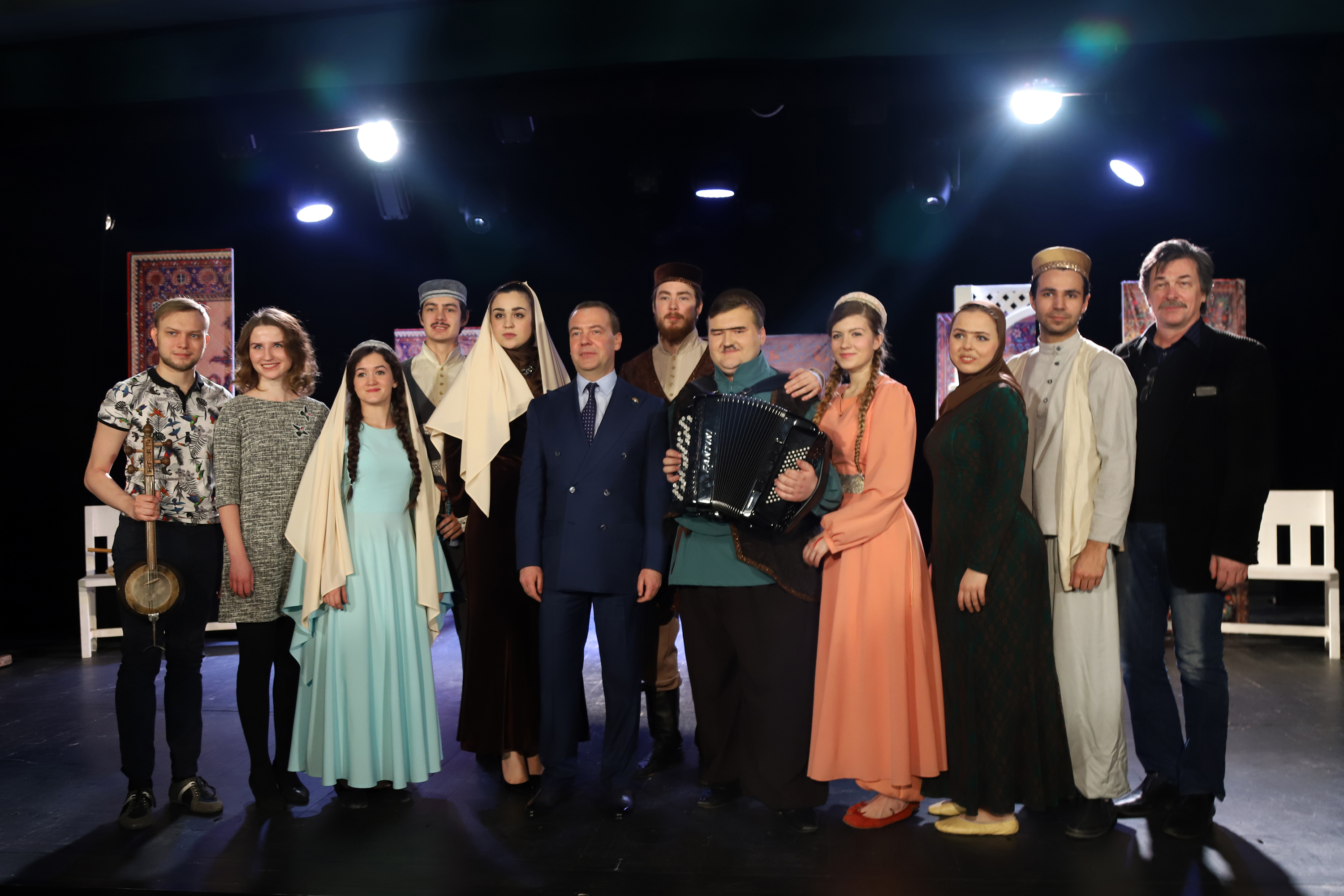 The Russian Prime Minister visited GITIS Student theatre on Friday. Dmitry Medvedev came to congratulate our students on the traditional Russian student’s day. Upon arrival GITIS principal Grigory Zaslavsky showed him the space — the theatre having undergone a full scale renovation and restoration in the last six months.

Students have begun rehearsing just this month and now they are finally back to the historic stage.

As the students of musical theatre faculty were working on stage on the comic and romantic musical by Azerbaijani composer Uzeyir Hajibeyov, they performed few fragments for the guests and then surprised the prime minister by singing “Smoke on the water” by his favorite band Deep Purple, with accordion accompaniment.

Those who were rehearsing as well as the representatives of different faculties and professors also had an informal discussion with the prime minister.